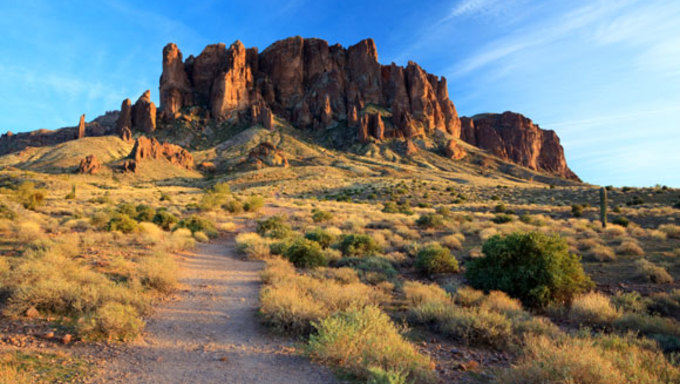 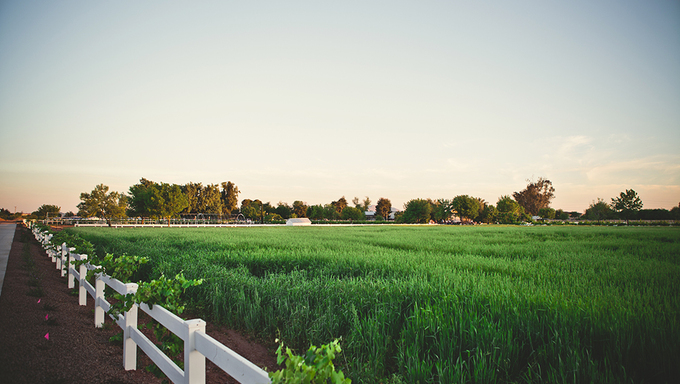 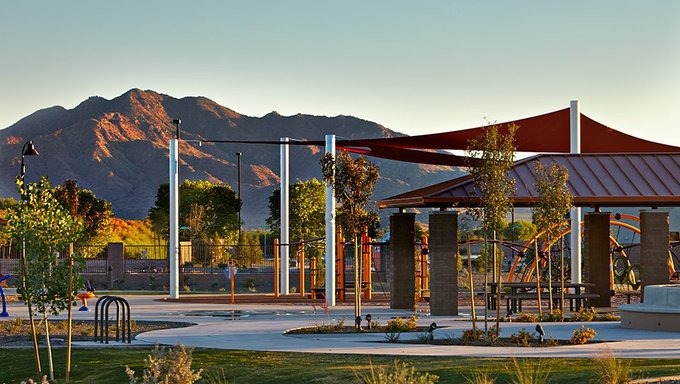 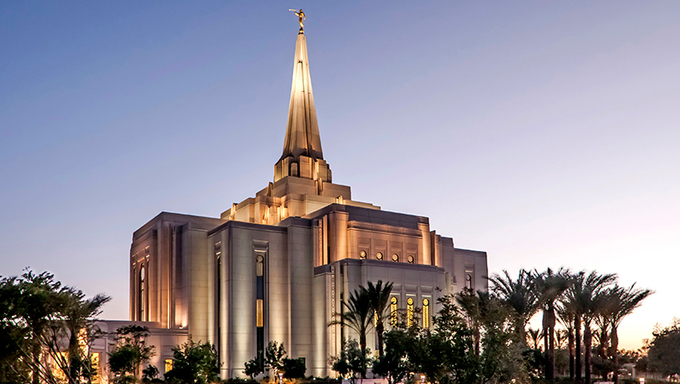 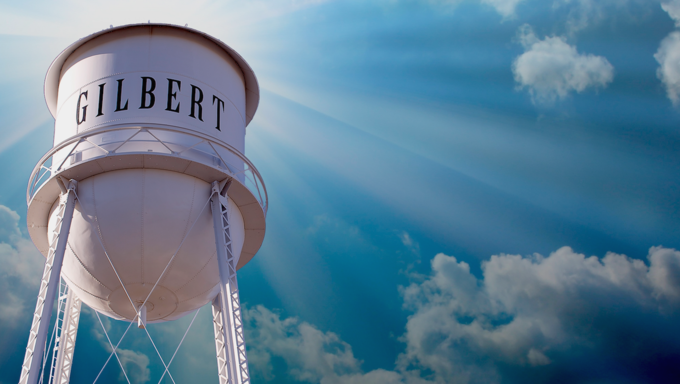 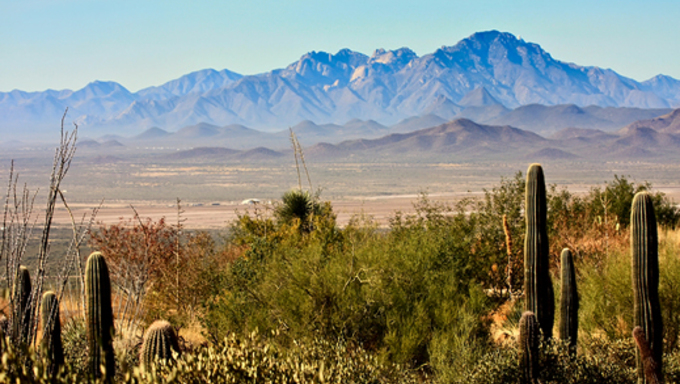 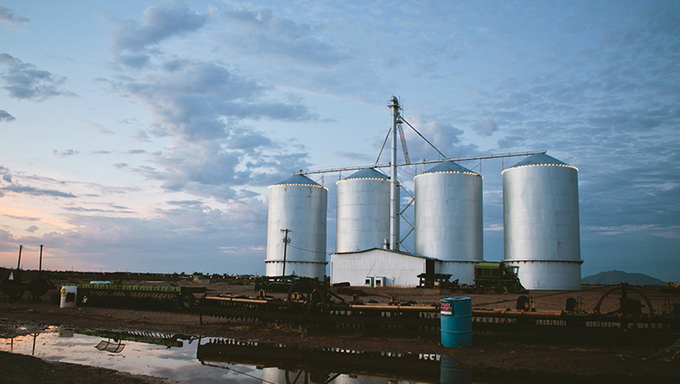 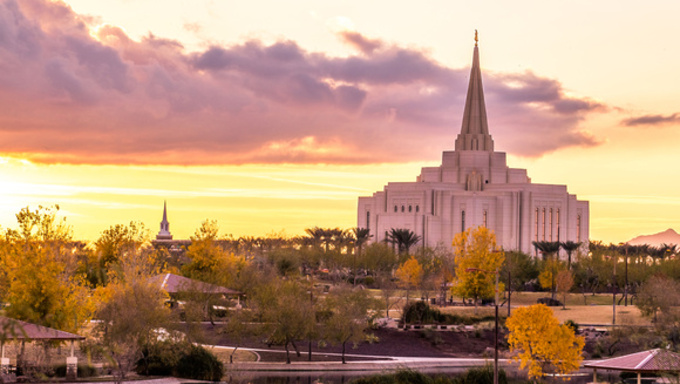 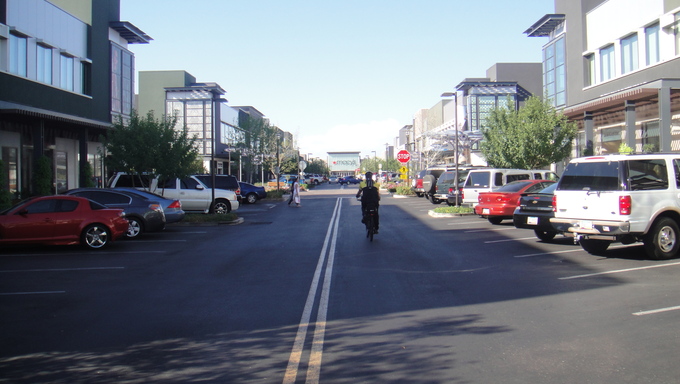 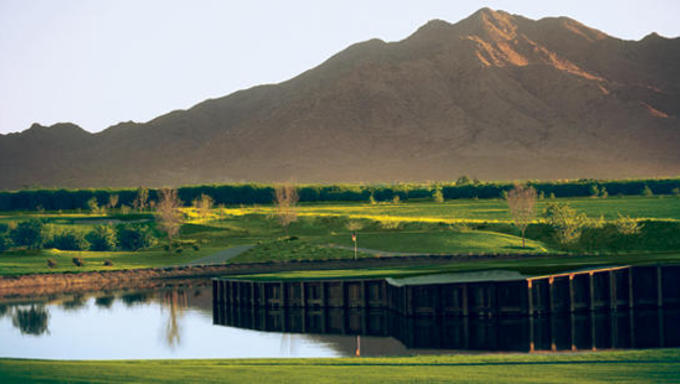 The Mormon Battalion marched through the area that is now Arizona in 1846 on its way to California. The next time Church members entered the area was in 1858 and 1859,when Jacob Hamblin and his companions camped at Pipe Spring in the northwestern part of Arizona while journeying to and from their missions among the Moqui (Hopi) Indians east of the Colorado River. During the 1860s and 1870s, Church parties explored portions of the area searching for possible settlement sites. Also during this period, isolated ranches and small Mormon settlements were established at Short Creek (now Colorado City), Pipe Spring, Beaver Dams (now Littlefield), and Lee's Ferry, all in the area between the Utah border and the Grand Canyon known as the Arizona Strip.

The first effort at large-scale colonization by the Church in Arizona came in March of 1873 when a group of saints was sent from Utah to the Little Colorado River drainage under the direction of Horton D. Haight. The colonizers turned back, discouraged by the poor prospects, but a few returned the following year and began farming among the Indians at Moencopi, including John L. Blythe. Local hostilities forced the colonists to leave again after only one month. A year later, James S. Brown led another small colonizing group that successfully settled at Moencopi, then began exploring the surrounding area. Following these explorations, a large group of pioneers arrived in the spring of 1876 and established four settlements on the Little Colorado, which they called Ballenger's Camp (later renamed Brigham City), Sunset, Obed and Allen City (later renamed St. Joseph, then still later Joseph City).

Two years after the initial settlement, on 27 January 1878, the Little Colorado Stake, the first in Arizona, was established at these settlements. The first school in Arizona sponsored by the Church was also begun at this time at Obed. Although Joseph City is the only one of the original four settlements remaining, several other communities grew and flourished in the area as more colonists arrived during the ensuing decades and spread throughout the Little Colorado drainage.

During 1877, Jonesville (later renamed Lehi) in the Salt River Valley was established, along with St David on the San Pedro River. The following year saw the creation of another settlement on the Salt River at Mesa. Then, beginning in 1879, several pioneer families settled at Pima on the Gila River. The next few years also saw the establishment of Thatcher in that same area.

Eventually, more than 30 Mormon colonies were started in Arizona and some of the pioneers also helped establish colonies in northern Mexico. These hardy pioneers overcame severe hardships in the early years, including drought, crop failures, difficulties with neighbors and floods. At Woodruff on the Little Colorado River, for example, members built 17 successive dams after each was destroyed by flash floods.

Over the years, members gained prominence and were involved in the progress of the state. They earned a good reputation for their industry and integrity.

On 23 October 1927, the first Arizona temple was dedicated in Mesa. Until that time, members had traveled to the St. George Temple. In fact, because of all of the bridal parties that traversed the trail during the early years, the wagon road between St. George and the Arizona settlements became known as the Honeymoon Trail. The temple at Mesa was also the first temple in the Church to be rededicated--on 15 April 1975--after extensive remodeling and enlarging to accommodate increased attendance. A second Arizona temple was dedicated in Snowflake on 3 March 2002.

During the colonization period, many of the settlers shared the gospel with the Native Americans near their settlements. In fact, some ofthe earliest settlements were purposely established in or near concentrations of the Hopi people to make missionary work easier. The formation of regular missions in Arizona did not begin, however, until later in the 20th century with the establishment of the Arizona Mission [now Arizona Tempe Mission] in 1969, followed by the Arizona Holbrook Mission in 1974, which was discontinued in 1984 when the Arizona Phoenix Mission was created. The Arizona Tucson Mission was organized in 1990. The fourth mission in Arizona, the Arizona Mesa Mission, was established in March 2002.

On 14 September 1997, President Gordon B.Hinckley spoke to about 5,000 Native Americans at Window Rock on the Navajo Reservation, the first Church president to speak in the Navajo capital. Later that same year, on 13 December, the Casa Grande Arizona Stake presented a plaque to officials of the Gila River Indian Community in honor of the kindness shown to the Mormon Battalion by the Pima Indians 150 years earlier.

In June 2002, the worst forest fire in Arizona's history burned nearly a half million acres and threatened many of the towns in eastern Arizona that had been established by Mormon pioneers. The fire destroyed 467 homes and forced the evacuation of 35,000 people, including 14,000 Church members. The Church sent food, tents, sleeping bags and emergency power-generation equipment. In addition, the Church donated $125,000 for food and other supplies in the needed areas.

The Gila Valley Arizona Temple was dedicated on 29 May 2010, in Central, Arizona. It became the third temple in Arizona, and the 132nd temple in the Church.

On 13 November 2010 ground was broken for the Gilbert Arizona Temple, the fourth in Arizona. More than 7,500 members and dignitaries gathered on a clear, warm morning as Elder Claudio R.M. Costa of the Presidency of the Seventy offered the dedicatory prayer. The 81,000-square-foot structure is located on the comer of Pecos and Greenfield roads in Gilbert, which is southeast of Phoenix. The area has experienced tremendous growth in membership. Since the first stake was organized in 1975 six more were organized in Gilbert by the time of the groundbreaking. The temple district will also include the five stakes in Queen Creek, the four stakes in Chandler and the four in Tempe.

On 4 June 2011 ground was broken for the Phoenix Arizona Temple, the fifth in Arizona. Hundreds gathered in triple digit heat, while many others watched proceedings in meetinghouses, as Elder Ronald A. Rasband of the Presidency of the Seventy blessed the site and broke ground. The temple is located adjacent to an 8-year-old meetinghouse.

The Arizona Gilbert Mission is one of the 58 new missions created on July 1, 2013 to accommodate the "immediate and unprecedented" surge in missionary applications in response to President Thomas S. Monson's October 2012 announcement lowering the eligible age for full-time missionary service for both men and women. 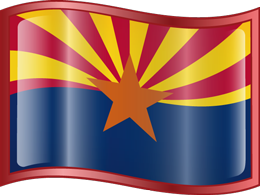